Travis Pastrana with his Nitro Circus Family in SA 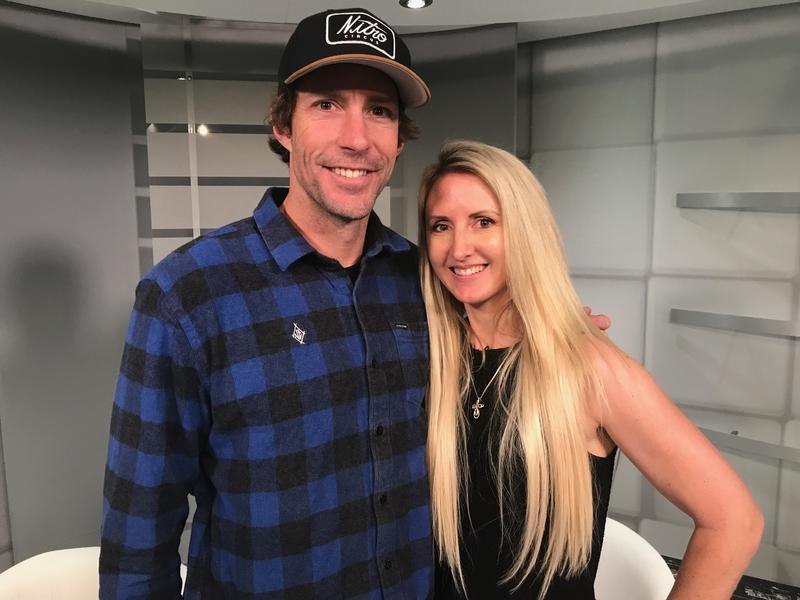 09 Jan Travis Pastrana with his Nitro Circus Family in SA

Posted at 11:04h in Motorcycling Events by admin 0 Comments

We always see Travis Pastrana on the television or internet and hear about his ‘crazy’ stunts thinking he himself must be a little…nuts. Its safe to say that Travis is one of the sanest people I’ve ever met. If there is one thing that charges him up, it’s his passion for motorcycles and his Nitro Circus family. Talking to him you can’t help but feel the passion and excitement for what he does. It’s infectious!

“We’re always excited when we get to do the big shows. Bigger is always better in our sport, and South Africa is by far one of the biggest shows ever for Nitro Circus,” Travis explains.

Nitro circus started in 2003. Travis Pastrana had the only place in the world with foam pits where the guys could get together and practice. As an entrepreneur himself he quickly realised that they had something special. He calls the Nitro Circus athletes ‘the best of the best’. According to Pastrana, they are here to entertain South Africa, sign autographs, high-five everyone and feed off the energy of the crowd. South Africa seems to be one of the biggest draw-cards for the riders who normally only go for the world championship events. This time they are in South Africa, fitter than ever, with all-new ramps, and (fortunately) no injuries.

Travis Pastrana has broken pretty much every bone in his body, and due to a leg injury missed Nitro Circus last time. This is his first time back in South Africa since 2012 when he raced against one of our South African legends, Grant Langston. Travis was given one of his first motorcycles at the age of four already. This is the time when ‘normal’ people learn to ride a bicycle. His mom and dad also rode motorcycles.

“They motivated me to go for what I’m passionate about. They said I must follow my heart. My mom still wants me to phone after a show to make sure I’m ok but my dad wants to know when I do something cool.”

In 2006, Pastrana became the first person in the world to land a double back-flip on a motorcycle during the Best Trick event at the X Games.

In 2011 during a performance in Las Vegas, Travis actually stopped the show and got on one knee to propose to pro-skateboarder Lyn-Z Adams Hawkins. The couple got married a few months later and are now the proud parents of two beautiful girls, age two and four, and both are already riding motorcycles.

Travis may be known for his many broken bones, fearlessness, and for being the first Motor X Freestyle event winner for the X Games at age 15; and owner of 17 X Game medals, with 11 of them being gold. But he still decided to push it one step further. Travis Pastrana’s most recent world-first made him the world-record holder of the first rider ever to do a barge-to-barge backflip, the take-off and landing constantly moving with the ocean.

“We like to test new things. It’s either a pass or a fail. In this case it was a pass.”

As the co-founder of Nitro Circus, Travis is also the ringmaster of the group making him responsible for all the safety elements. After many years of participation in FMX, Mountain Biking, BMX, rally driving and Nascar, it’s easy to see why he is an icon to so many.

One of our well-known and loved South African riders, Nick de Wit, is also competing in the South African Nitro Circus event. Nick was the first South African to do a backflip and is recognised by Travis for his hard work and dedication to the sport. Nick is also married, with a 3-year-old, and twins on the way. Nick himself is also an icon to many.

“I love the sport and competing with these guys, they are professional and humble and know how to have a good time”, he says.