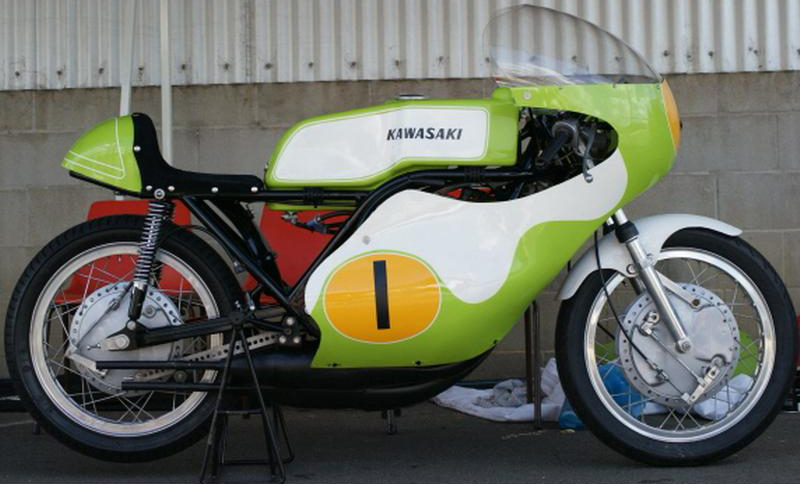 Posted at 11:02h in Motorcycling Events by admin 0 Comments

Finding an international icon in motorcycle racing is great, but to meet them or to ‘speak the same language’ can be challenging. If you are from South Africa, did you know that Hugh Neville “Kork” Ballington is a South African four-time Grand Prix motorcycle road-racing world champion? That’s right, our own hometown legend.

Kork Ballington was born on 10 April in Salisbury Rhodesia. His first race was in 1976 350cc Nations Grand Prix. His first win was also in 1976 in the 350cc Spanish Grand Prix. Ballington actively raced internationally from 1976 – 1982

Kork Ballington won the South African Unlimited Championship in 1972 on the Kawasaki H1R triple 500cc two-stroke which he kept along with his other prized possessions. At the end of 1972 he entered an event in Pietermaritzburg where the 1st prize was two tickets to England. This included  sea freight for two bikes and equipment from South Africa. Some say this is how it all started for him.

Even after achieving all this and more, Ballington is one of the most humble guys you will meet in racing. His racing career started at age 16 on a Maserati 50cc. Who would have thought Maserati made motorcycles? These amazing machines were hand-made. Kork Ballington started riding at the age of 14 on the carting track close to Durban and grew up in Cowies Hill South Africa.

It’s always interesting to find out who or what influenced the desire to race. For Ballington it was himself and people like Jim Redman. His family played no role in this at first; Kork Ballington had to find his own way to fund his racing passion. His father soon realised his potential and started supporting him financially, helping him win four world championships. Here are some of the most notable results in Kork Ballington’s career:

Hugh Neville “Kork” Ballington shares his story in an autobiography, called Ballington Uncorked. Ballington talks about great adventures, challenges and so much more. One great adventure was celebrating 40 years of Kawasaki Germany on 15 & 16 August 2015 with other popular riders, and Kawasaki, who Kork supported throughout his career. World Superbike star Jonathan Rea also participated along with well-known German actor Ralph Herforth. Historic Kawasaki machines such as the 900 Z1, Z1300, Z1000Fl, Z750 Turbo and the latest Ninja H2 and H2R were featured on the day. One of the highlights, of course, was when Kork Ballington took his incredible two-stroke KR500 out for a lap as well.

At the end of 1982, Kawasaki pulled out of racing on a global basis. “I decided to hang up my leathers. I admit it was a premature retirement as I still had plenty of racing left in me, but at the time I was just happy to head home”, he says.

South African motorsport enthusiasts are proud of Kork Ballington and so many other international champions originally from South Africa!