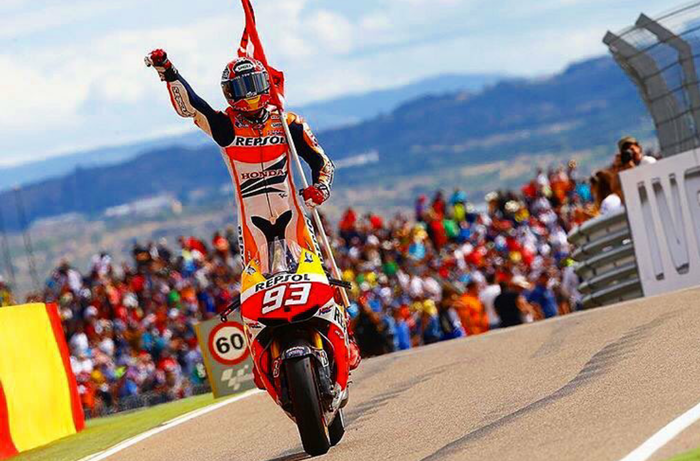 Posted at 10:18h in Motorcycle Reviews by admin 0 Comments

Moto GP is one the most renowned sports in the world. It doesn’t matter what language you speak, or in which country you live, everyone knows what Moto GP is and once the season starts, it becomes a ritual of motorsport enthusiasts sharing the hype. Let’s look at some of the highlights of the last five years.

2012 marked the 64th FIM Road racing world championship season. This was a new era for the premier title. From a technical point of view, the displacement on all the motorcycles were bumped up from 800 cc to 1000cc. Although more power seems great, it meant that the riders needed to get physically stronger and more development had to go into the tires to ensure that it could handle the extra power and weight.

Valentino Rossi always wanted to be a champion on an Italian motorcycle. This was one of the reasons why he went to Ducati in 2011. Unfortunately, the Ducati did not suit his style of riding which lead to Rossi ending his racing on a Ducati end of 2012. Two rivals, Casey Stoner and Jorge Lorenzo battled it out regardless of injuries that both incurred. At the end Lorenzo won the championship on his Yamaha M1.

2013 Moto GP was the season where a lot of the unexpected transpired. Marc Marques ‘The Moto’, 2 x world champion, joined the premiere class with the Honda Factory Team. With Valentino Rossi back on the Yamaha M1, it was fantastic to see the 34-year-old rider getting his rhythm back. Marc Marques became the youngest rider ever to win a Moto GP premier class race. After several wins and Jorge Lorenzo being unable to challenge Marquez due to injuries, Marc Marquez was crowned the 2013 World Champion and the first rookie world champion since 1978, when the king Kenny Roberts won the world title in his first year of circuit racing.

2014 Marc Marquez started strong and finished strong in 1st place. Unfortunately, Yamaha experienced several small issues with the M1 throughout the year. Dani Pedrosa also experienced set up issues with his Honda. Pedrosa was unable to get confident on the Honda throughout the year. Marc Marquez had an easy year in front with several wins that helped him take another championship.

2015 Valentino Rossi was more determined than ever. He was extremely close to winning the championship in 2014 and wanted to secure the 2015 championship in order to win his 10th world champion before he retires. Unfortunately, Marc Marquez and Jorge Lorenzo raced an unethical race where they visibly teamed up against Rossi. Marc Marquez did everything in his power to block Rossi and eventually created and altercation where Rossi had no choice but to push him wide. The sad part is that Rossi was penalized for this, and lost his championship and 10th world champion title by only 5 points.

2016 Jorge Lorenzo was the defending champion. Marc Marquez wanted the world championship title back, and Valentino Rossi wanted his 10th Moto GP World Champion win. Lorenzo was fast in the first part of the season but was unable to maintain it. Valentino Rossi was extremely fast and consistent. Marquez was also consistent and managed to gain an advantage lead in the championship with both Rossi and Lorenzo’s Yamaha M1 engines blowing up at Mugello. Losing these points left no room for error for Rossi. Unfortunately, the Motegi track in Japan drew the line for Rossi. Both Lorenzo and Rossi crashed out, making it impossible for Rossi to take his desired 10th win for himself and his fans.