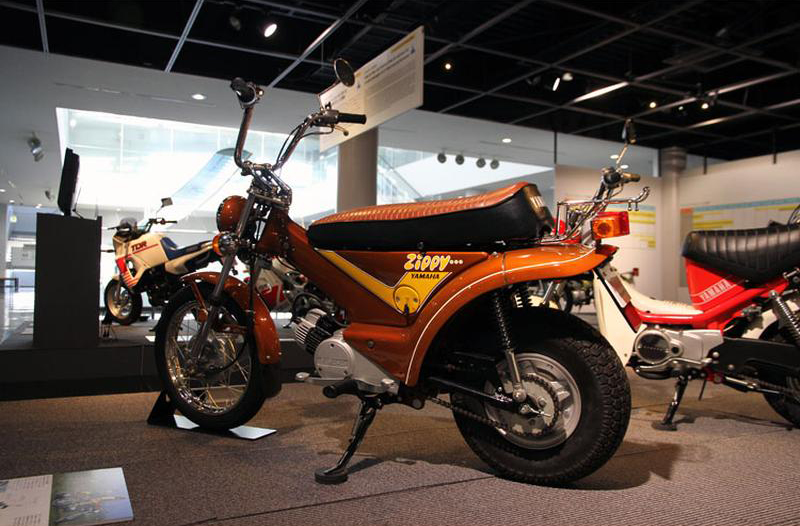 Posted at 10:11h in Motorcycle Reviews by admin 0 Comments

Whether you are 16 or 60, if you have one of these parked in your garage, you can consider yourself lucky. We are looking at some of the Yamaha mini bikes that were considered extremely tough and was used for anything. Deliveries, golf buggy towing, farm use and social riding. The Yamaha Chappy was and still is one of the most popular mini bikes ever built by Yamaha.

The Yamaha Chappy was produced in the 1970s and early 1980s. The most common models are the LB50 (50cc model) and the LB80 (72cc model). They were not produced on a massive scale, but had a full auto gearbox with drive, neutral and low modes. You could climb anything in low!  There are also a few modifications that you could do if you felt you needed a bit more out of your Chappy. For example; changing the YZ expansion chamber, getting a bigger flat slide carb, and gearing changes. For more top-end you can put a smaller sprocket on the back while going one tooth bigger than on the front. Top speed is approximately 80 km/h.

Due to the nature of its transmission, the Chappy is one of the few scooters that can actually be ‘bump’-started even though it is equipped with an automatic clutch. Since the kick-starting mechanism is known as a weak point on the Chappy (along with the cable choke), most Chappy owners prefer to ‘bump’- start their bikes. This has not been proven to cause any type of transmission damage or failure when performed properly.

The 1970s proved to show an unexplained popularity for the colour brown. The Zippy should not be confused with Chappy. It was by far one of the weirdest bikes every built by Yamaha. It’s a true snapshot of the 1970s loudmouthed Rainbow character that shared its name. Some Zippy’s even had tartan seats with the dragster-fat rear-tyre on a small 8-inch rim.

The QB50 Vogel is another triumph from Yamaha’s naming department. The 50cc two-stroke machines continued with the Vogel. It’s handle bars were collapsible for easy storage and the Vogel was equipped with a 10-litre fuel tank. Unfortunately, the Vogel was discontinued in 1983.